A History of Howard and Sons
Research with kind courtesy of Paul Shutler
The name of Howard and Sons is probably one of the best known and highly sought after names in Upholstered furniture. Over the next few paragraphs I will do my best to give you a brief history of the company.

The company was started by John Howard in 1820 trading from 24 Leman St, London as a Cabinet Maker. Over the next 25 years they would make several changes of premises within the Whitechapel area. First to 27 Great Alie St (Now just Alie St) before moving a short distance to 34 Great Alie St.

In 1844 the company made its first venture into upholstered furniture by opening a showroom/workshop at 36 Red lion St. This was also to be a big move towards what would be their next and most famous location.

In 1848 they moved to a new address much more accustomed with the name; Berners St. London as “Cabinet Maker, Upholsterer and Decorator” under the name John Howard and Sons. The business seemed to boom at this location with workshops opening up at Tottenham St, Charlotte Mews and Fitzroy Sq and an expansion to a second Berners St building in 1853.

In 1869 the company consolidated its many workshops into the one building on Cleveland St. By 1872 the company was occupying 25, 26 and 27 Berners St. These addresses would remain unchanged until 1935. During this period they became a limited company in 1899 and won the first of their Royal warrants in 1901.

In 1967 the owners of Lenygon and Morant open Howard Chairs Limited, the company operating from Lyme St continue to make high quality sofas and armchairs.

At the 1862 International Exhibition (The 3rd World Expo) Howard and Sons entered a suite of library furniture for which they won a prize. (image 1 shows a part of this suite) They also went on to exhibit at the Paris World's Fair, called an Exposition Universelle twice; once in 1878 and again in 1900. Also at the Exposition Internationale d'Anvers 1894 (International Exposition/World Fair Antwerp). Winning Prizes at them all including 1 silver and 2 golds.

They also employed their eclectic styles working for many important clients providing furniture for important houses such as Sudbury Hall in Derbyshire, Elton Hall, Huntingdonshire and Stokesay Court, Shropshire.
image 1: 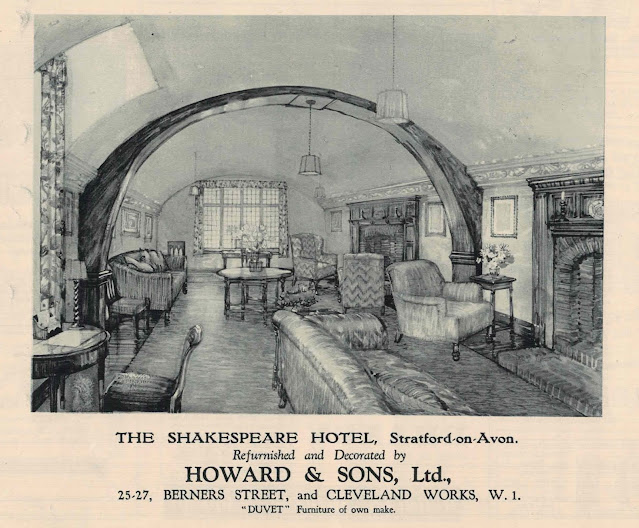 Popular posts from this blog

Welcome to my new blogger site, hopefully this will overcome the problem I was having with classic google sites ending. I can once again start regularly posting antique Howard and Sons items. Please bear with me while I update this site, if you would like to contact me please do at stevencoles85@gmail.com Fingers crossed but the original content should still be available at: https://sites.google.com/site/howardsofas
Read more 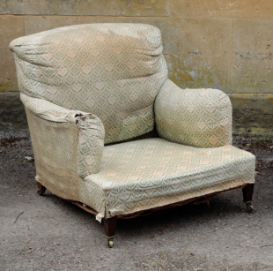 Just thought I would quickly post this as I have only just spotted it, we are currently halfway through the sale at Wormington Grange which has a huge collection of Howard and Son's furniture. There are still a lot of good Howard and Sons items to be bid on if you are quick.  Here is a link to Duke's auctioneers, highlighting the Howard items: https://app.dukes-auctions.com/en/auction/1022-wormington-grange-auction-of-the-contents?q=howard And here is a link to the-saleroom.com where you can live bid and see the prices realised: https://www.the-saleroom.com/en-gb/auction-catalogues/dukes/catalogue-id-srdu10099
Read more

Steven Coles
I have been restoring Howard & Sons furniture for 20 years. Over that time I have also produced countless reproduction pieces for blackbarnsofas.co.uk.